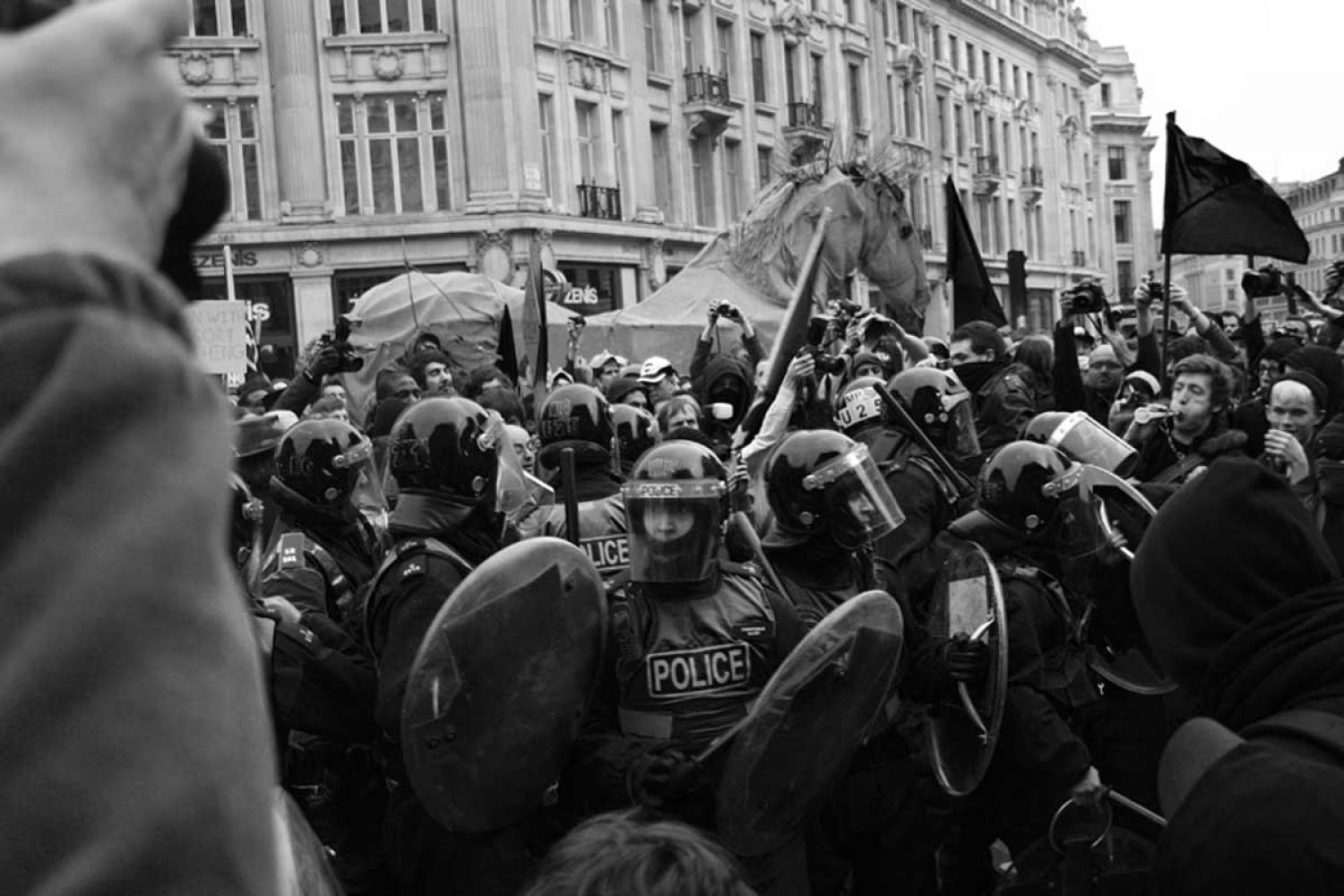 If I said my red car is just as likely to be in an accident as your blue car – you wouldn’t expect me to get some exceptional discount on my insurance where you did not, would you? So, why are vaccinated people who are just as likely to be infected and pass on the virus handed unfettered access to all areas – without testing? Whereas non-vaccinated citizens are restricted everywhere they turn. Of course, the easy answer is that “vaccinated people might be infected but will have far less severe symptoms”. I know. We’ve all read those stories.

All indications are that healthy people (under 50) and young people, in particular, are practically immune.

So why the rush to vaccinate children? It won’t stop at the over 12-year-old age group; it’ll soon come to pass that infants should also be vaccinated. That doesn’t terrify everyone? If everything is for public safety and above board (honest), would countries like the UK advocate vaccinating children without parental consent? It smacks of a mandate to deliver vaccinations to the unsuspecting whilst being secretive, underhand and dangerous.

“… efforts to address the global plandemic”

Why do we permit this level of competency to be managed by irresponsible politicians? Not least when the ‘data they publish’ is repeatedly proven wrong – and, in almost every country, they have not dealt well with this ‘pandemic’. They and their experts have been continually found wanting. Doubtful though, anyone will seriously challenge them or, in time, investigate them!

Why is it that out of 195 countries, Cyprus ranked 5th in the world for the number of tests per million?

Cyprus is testing many more people daily than the UK, France, Singapore and a further 190 countries. Well, you get the picture. Artificially raising the number of cases in this way has killed off tourism, and too, a great many domestic businesses dependent on customer footfall. Three or four hundred thousand tests a week here in Cyprus have not created the panic they demand. Since July, a 72% decrease in cases seemingly still does not justify the easing of ‘measures’ – so the lunacy continues.

On the 22nd of August, 2021, the Covid19 Assembly (a collection of well-respected doctors in the UK) delivered a letter to the UK Prime Minister.

You can read it in the Paphos Post or [here]. The takeaway, however, was (and pretty much what we have all been talking about for months): 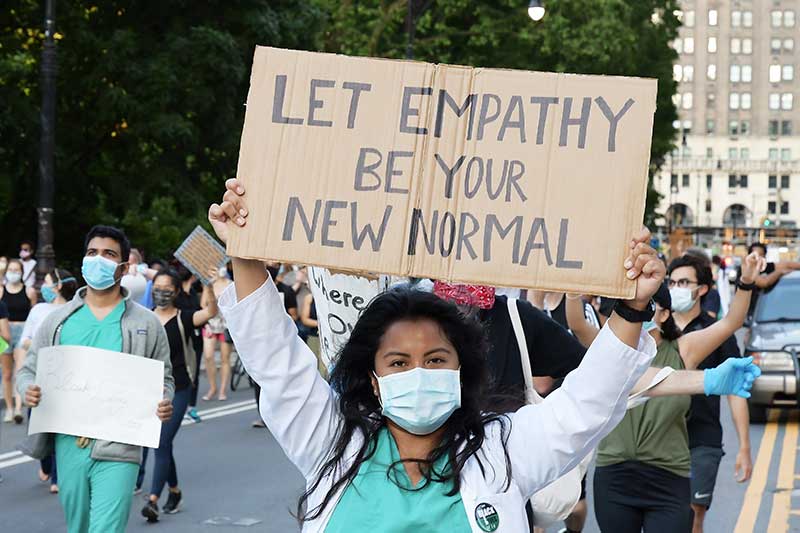 In our view, it is high time that the chaos and panic stopped.

There are many excellent reasons people do not investigate for themselves. They are tired, bemused or just wish to return to work to earn a crust. Perhaps, they even fear what they may find. Unwittingly they have become the machines they should fear. And, don’t think that we will have to wait long. This is just the beginning. The rise in snooping on the public, monitoring and tracking our every move using AI means that before long these machines will become self-aware and attain the singularity. The future is bleak indeed if private companies and the military, both of which are hell-bent on advancing their nefarious activities, have their way.

President Joe Biden said he’d order all executive branch employees, federal contractors and millions of health-care workers to be vaccinated against the coronavirus, and that his administration would issue rules requiring large private employers to mandate shots or testing.

The new measures are Biden’s response to a resurgent Covid-19 pandemic driven by the delta variant of the virus and by tens of millions of Americans who have refused to be vaccinated. Federal employees who don’t comply could be dismissed, the administration said, and private employers might be fined.

Biden also delivered some of his harshest criticism yet of the 25% of U.S. adults who’ve so far not been inoculated, saying that they’re dragging out the pandemic that has claimed more than 650,000 lives in the U.S. 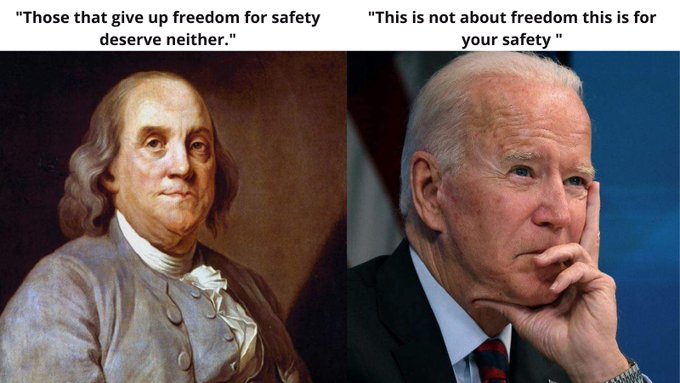 “My message to unvaccinated Americans is this: What more is there to wait for? What more do you need to see?” he said. “We’ve been patient, but our patience is wearing thin. And your refusal has cost all of us, so please, do the right thing.”

“Our message to Joe Biden is this: What more is there to wait for? What more do you need to see?” we say. “We’ve been patient, but our patience is wearing thin. And your refusal to do the right thing has cost all of us, so please, do the right thing.”

FDA Approves the Shot. Take It or be BANNED From Society!

The following few years will be a ‘walk in the park’ for big brother if they can harness your fear.

We are not afraid of being called conspiracy theorists; we would call upon all people to look carefully and deeply into what exactly is happening. Otherwise, this riptide of hopelessness is going to tear us all apart. At least, those that are not ready for it.

In Cyprus, I suspect by November, the unvaccinated population will be excluded from every shop. The Rule of ’10’ will have gone, substituted with stay-at-home regulations, or in a best-case scenario, permitting for one or two hours exercise per day following consent via SMS. An island-wide open prison – until they get what they want. Everyone vaccinated! People who resist will become a human sub-class, refused access to essentials. Eventually, ourselves or our property will be daubed with some identifying mark to illustrate our non-compliance. No? Not possible?

"Come and get some"

Even the most vociferous supporters of mass vaccination might question future mandates – horrified to discover that booster shots will be a long term necessity. 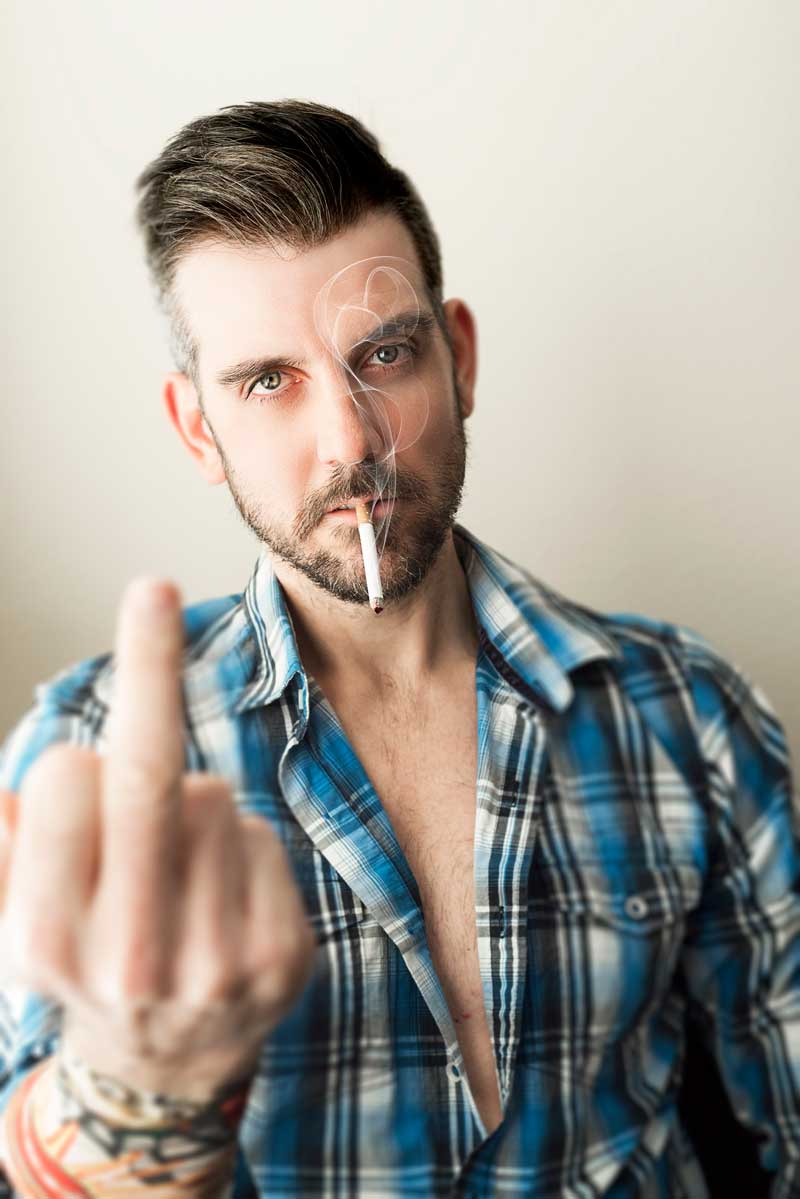 "Ready, when you are"

Unfortunately, it is obvious that there will be mass mandatory vaccination of all populations. They’re not getting the subscriber numbers for which they wished. When 20% of any country refuse to take it, that is just too much. It cannot be permitted. Getting us vaccinated that do not want it – is not a celebration. It is, instead, a complete breakdown in democracy.

Victoria in Australia is on the cusp of denying all healthcare to anti-vaxxers. Ignorant of the fact that people are not anti-vax, instead they are anti-this-vax. But they said it’s your choice. Well, if it is a choice that declares an option (do or don’t) – no choice = tyranny! 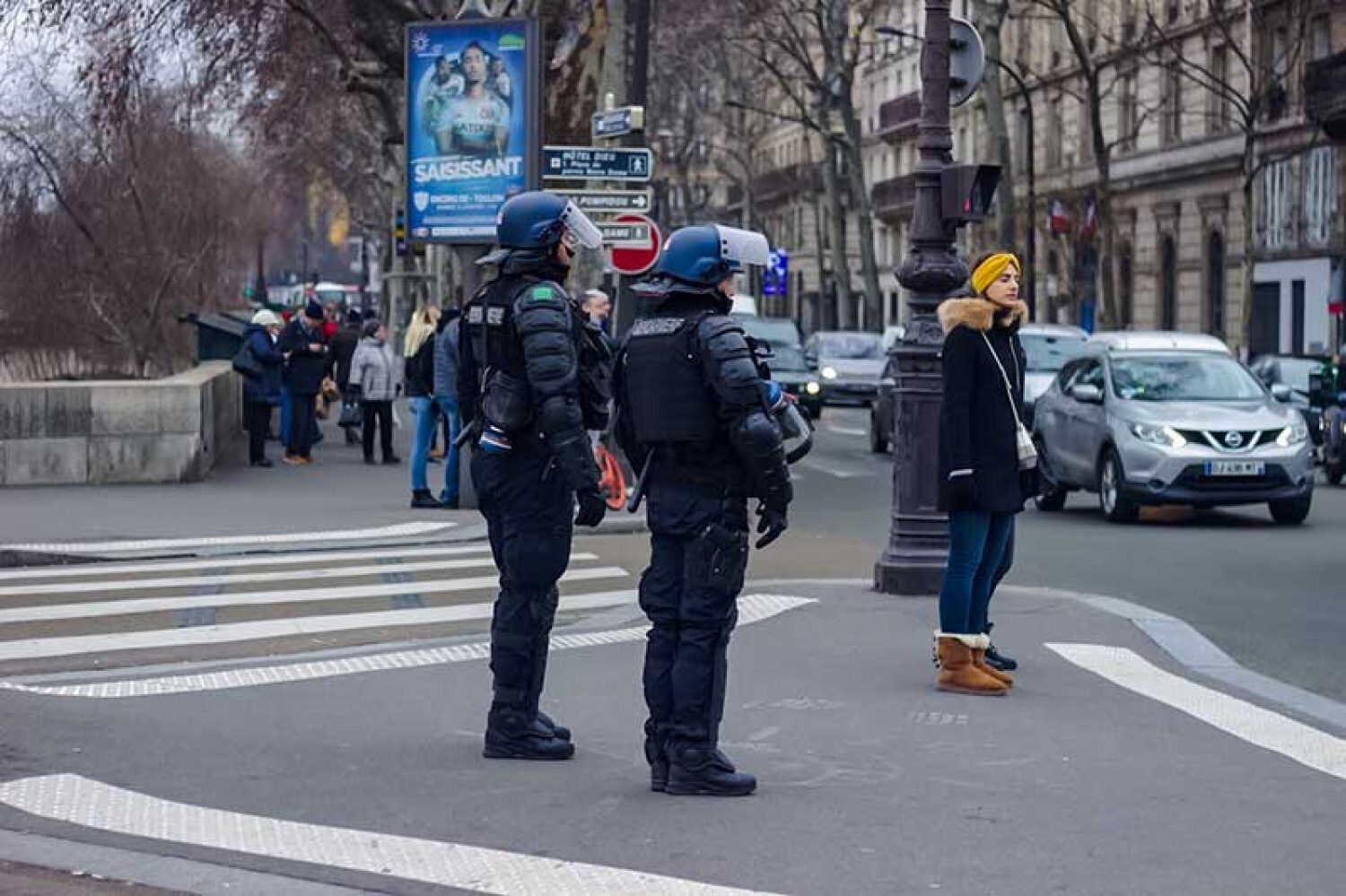 And, in Paris? Police beat a woman who tried to go shopping!

Our future is profoundly troubling. Having seen the UK police irresponsibly holding back protesters on the steps of South Kensington tube station whilst gleefully beating them perfectly illustrates this social climate – whilst they get the message to put on their non-covid resistant masks. Seriously? You could not make this up. They have become the new Stasi? Likely they failed on their application to join the military, or worse still, were military and failed at that so the only route left was swapping one uniform for another. A week earlier, Extinction Rebellion was allowed to do whatever it wanted in London. That speaks to the narrative of organising chaos whilst controlling outrage; ordinary people meanwhile are held in utter contempt.

In Australia, they are now using rubber bullets on protestors that refuse to be silenced.

If you are not yet concerned about these developments, for what exactly are you waiting?

The heavy-handed tactics meated out on law-abiding citizens in every country demands redress. It is long overdue that people put down their phones, disconnect from social media and stand up for their rights! 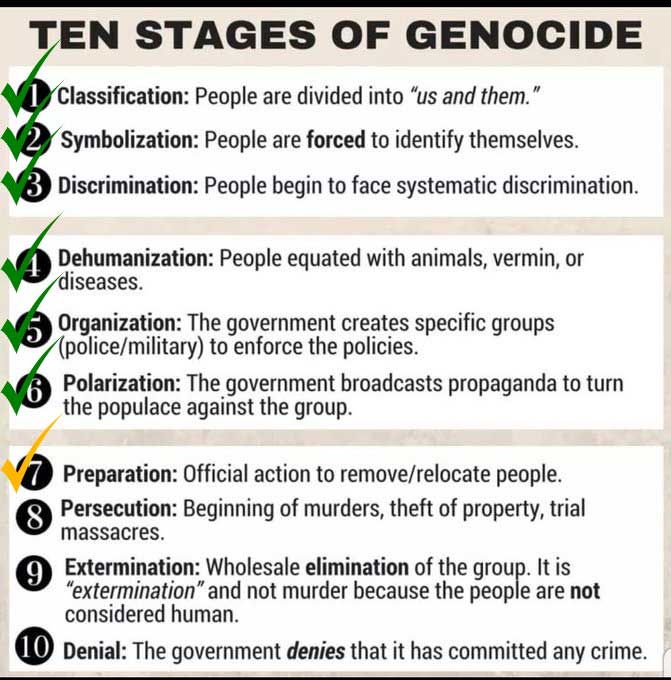 No, no, no, it’s not only about the money – that’s just part of the problem. Ask Rishi Sunak how much now are his Moderna shares worth?

The ‘COVID-industrial complex’ — a web of Big Pharma, Big Tech, and politicians that are profiting off the pandemic at the expense of the public